Last week I was given the chance to eat my way through a few days in Adelaide at the Tasting Australia festival. Tasting Australia is South Australia’s annual celebration of eating and drinking, and it seems as good a reason as any to spend the weekend eating.

Two days learning about food – eating it, making it, writing about it and photographing – it with a group of very talented food and travel bloggers from around Australia at the breakout event Words To Go.

Who would say no to that? Not me. And as an added bonus, I get to share an apartment with my good friend, blogger Seana Smith, who blogs over at Sydney Kids Food & Travel.

While I’m here I’ll also be on the lookout for things the teens will enjoy, and to be honest, as they all love good food AND staying in hotels it probably won’t be too hard. 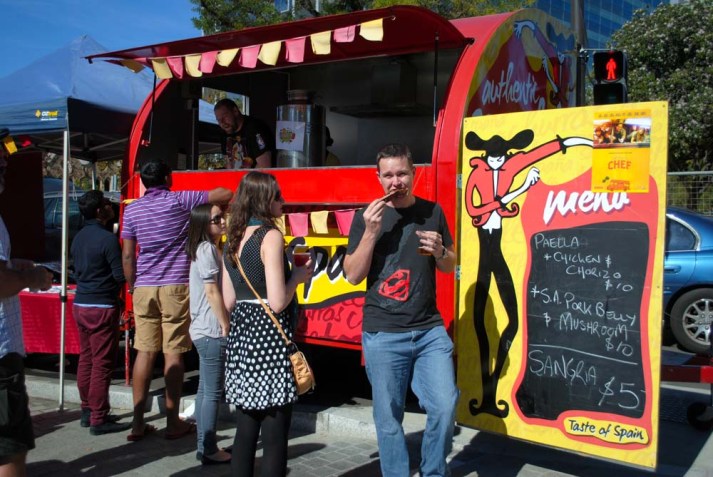 My weekend’s culinary exploration begins with Fork on the Road – a collection of food trucks in Adelaide’s Town Square.

The range of food here is bewildering – Argentine, Brazilian, Mexican, Thai. Spanish, Italian, Malaysian… and there’s a selection of South Australian wines and craft beers to go with them. There are tables, chairs and benches dotted around the square, a few giant dinosaur jigsaws and lots of families picnicking. Our next day is spent listening to a series of presentations from bloggers more knowledgeable than I and it’s so inspiring to listen to people who have forged a successful career from their love of good food.

Okay this, the teens would maybe yawn at, but they could always go for a wander down nearby Rundle Mall or through the park alongside the River Torrens.

American food and travel journalist Robyn Eckhardt spoke about her love for street food and how much you can learn about different cultures simply by exploring their markets.

Her husband David Hegerman, an award-winning food photographer, taught us some fantastic tips on photographing food (and markets), which I’m already putting to practice.

There was an impressive line up of speakers at Words To Go, including travel blogger Caz Makepeace of YTravelBlog, food blogger Helen Yee (Grab Your Fork) and Greg Snell – winner of South Australia’s Best Job in the World. From Greg I learned of a few more reasons to bring the teens here: sea lions. Down in Port Lincoln you can snorkel with these adorable creatures and according to Greg, it’s the most interactive animal experience he’s had in his life. (This is Greg’s gorgeous pic – there’s loads more on his blog.)

They look like puppies – big gorgeous inquisitive eyes and playful expressions – it’s definitely one to add to the list. So having learned a bit about food writing and food photography, my next day starts with some exploring of my own on a tour of Adelaide Central Market. A word of warning – do not have breakfast before embarking on this tour. 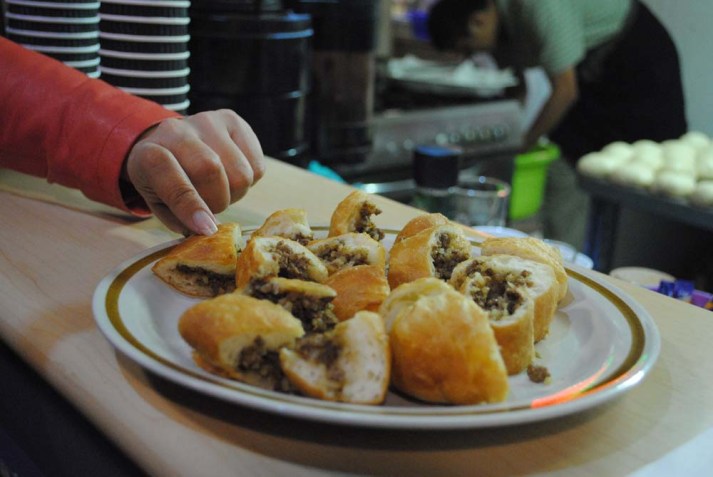 We meet a great selection of vendors, from Marco Marinelli, the Mushroom Man, an octogenarian called Stephan dealing in fine organic fresh vegetables, Taldy Kurgan, purveyor of traditional Southern Russian food (pictured above) and Lucia’s Fine Foods, a gorgeous delicatessen that has been in business since 1957.

(While I’m certain the teens would enjoy this – especially the piroshki, a southern Russian dish which is a bit like a pidé stuffed with mince – they wouldn’t enjoy the early start so maybe slot this one in later in the day). After touring the markets we’re taken on a cheese making class with the delightfully named Udder Delights in the Adelaide Hills.

Udder Delights’ founder and CEO Sheree Sullivan manages to squeeze the process of cheese-making into about four hours, with plenty of amusing stories told along the way about the history of cheese, how rennet was discovered by Egyptian nomads thousands of years ago and the history of their own blossoming family business. We are also served a magnificent lunch with food supplied from a range of local artisans, including some delicious cheese from Udder Delights, cured meats from Newbury and Watson and two particularly wonderful relishes from the Beerenberg Family Farm.

The day goes fairly quickly, runs like clockwork and we’re sent home with three blocks of feta still draining and condensing in sealed containers, a sheet of homework and a jar of olive oil to marinade them in once we’ve finished our homework.

My teens are big fans of cheese – feta and haloumi in particular – so I’m certain they would love this – especially as these cheeses can be eaten almost immediately without any time required for maturing. I was lucky enough to be hosted by Adina Apartment Hotel Adelaide Treasury, a beautiful old building directly opposite the Town Square. It’s a fantastic location with the Festival Hall, Museums, Rundle Mall and the River Torrens a few minutes’ walk. Nicely decorated spacious room, with plenty of room to work and relax, plenty of outlets to charge laptops and reasonably priced bottles of wine at the mini bar and well stocked kitchen. 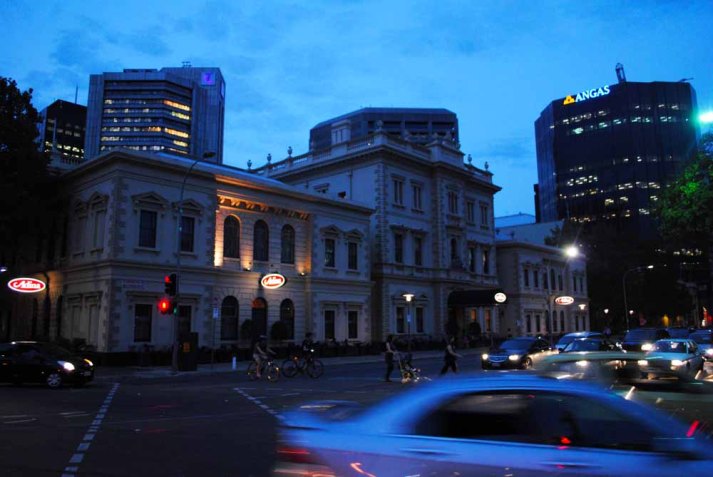 I flew Tigerair, who, as of March this year, now operate three routes into Adelaide from Brisbane, Sydney and Melbourne. Return flight service from Melbourne and Sydney is daily, with six return flights per week from Brisbane.

Previous Article Berowra Waters Inn: a weekend away in a day.
Next Article Bacar at the Pullman

Stretching along the Adriatic Coast, you’re never too far from the deep Dalmatian waters while exploring Croatia, and even more so when you’re travelling by liveaboard. So what’s there to do? (I mean besides looking at the endless and effortless views??)