Canon Australia launched a wonderful initiative this week that I wholeheartedly support. The idea is to use the power of photography to shine a light on what matters to Australians.

Research commissioned by Canon shows that the impact of powerful photography is being lost in the deluge. While Australian collectively take an average of 205.9 million photos EACH WEEK to document their lives, 63 per cent of us feel that we see too many photographic images in a day to be able to recall them.

Trend analyst, Michelle Newton describes this image overload phenomenon as ‘Photo Fatigue’: “Photo Fatigue is a consequence of our hyper documentation of life and our disposable visual culture where every selfie, cat picture, and meal consumed in a restaurant is captured and shared in social media.”

In response to this, Canon has launched Canon Shine (#canonshine) – a platform for Australians to shine a light on what matters to them through powerful photography and use the camera lens as a tool to change the world, rather than just capture it.

Leading the movement are prominent Australians Lisa Wilkinson, Steve Waugh and Guy Sebastian, who unveiled what matters to them in a powerful display of still photography and documentary films explaining their motivations and journeys to capture their unique vision.

Here’s what matters to them: “With every photo I try to find the story within the individual. Everyone has a story to tell. I took this image to show that no matter who you are, your story has value.” Lisa Wilkinson. The joy and beauty of women.

“What matters to me most is the incredible ability women have to always find the strength that’s needed to forge a path towards joy and love, no matter what the situation. Marina’s jurney through her personal battle with cancer does not define her.

“Her scars simply tell a story of bravery, and her smile glows with a beauty of spirit that no scalpel could come close to touching” “I took this image to show that Daniel is just like the rest of us – he enjoys the simple things in life, like patting his dog Nellie.”

Here are a few more photos from Canon’s photographers, shining a light on what matters to them… “Mentawi Islands in 2011 – a beach once littered with palm trees; an idyllic paradise wiped out by the 2010 tsunami. SURFAID, the only relief agency delivering emergency preparedness, recovery and health programs is a charity close to my heart.” 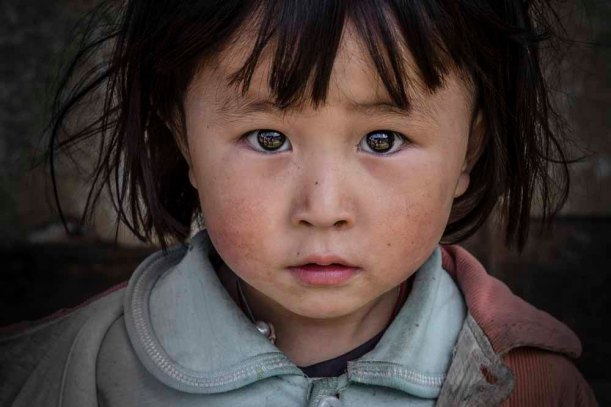 “My images of the Himalaya feature dramatic mountain landscapes, picturesque villages, colourful festivals and welcoming people. For the locals, life is not easy. I’m proud to support the Australian Himalaya Foundation which strives to help the people of the regions with sustainable health, education and conservation programs.” “An ocean without sharks is an ocean out of balance. Fear and ignorance have put them on the unloved list, but their role in the ecosystem is crucial to the health and productivity of the oceans – oceans that feed one-third of the world’s population.” 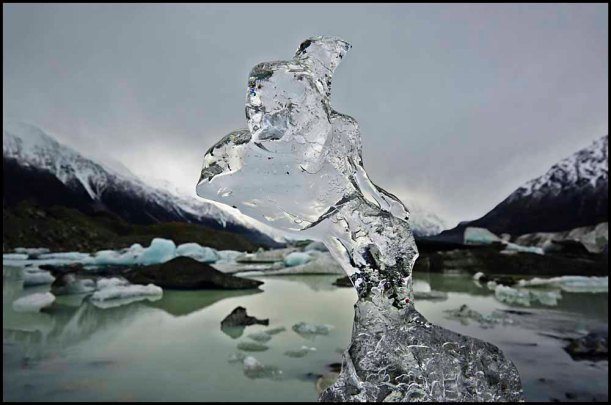 “The idea of global warming isn’t something that hits home until you actually see it happening. To illustrate this, I returned to a spot where I had stood on the Terminal Ice of the Tasman Glacier some thirty years earlier. This same spot is now a lake 5km from the glacier face.” “This image is part of a new series called “Cooking the Planet”. My aim is to shine a light on the importance of saving water, creating less trash, reducing toxicity, protecting the air and conserving energy.” “Stepping outside your comfort zone can be frightening. So often it’s easier to keep safe and be comfortable. But when we do take such a leap of faith, we are rewarded with an overwhelming feeling of being alive. Adventure can reveal our fears and strengths.” And what about me?

I took this photo on one of Australia’s most remote islands; Cocos Keeling; 3,000km north west of Perth. An unbelievably beautiful spot in the middle of the Indian Ocean. And this is what we’ve done to it.

How to enter Canon Shine:

Public votes will determine the top 50 before a panel of judges chooses the winner, who will receive Canon’s help to shine a light on their photo story to millions of Australians. This includes:

Previous Article A whistle stop at the Whitsundays
Next Article In search of all things cool in Tokyo.