It’s a bit surreal watching a troop of snow monkeys squabble over best position in their steaming hot bath, surrounded by snow-covered slopes. Like watching kids in a crowded swimming pool.

It’s not quite the David Attenborough moment I was expecting, but according to No. 1 son, it’s “so cool.” Praise indeed. 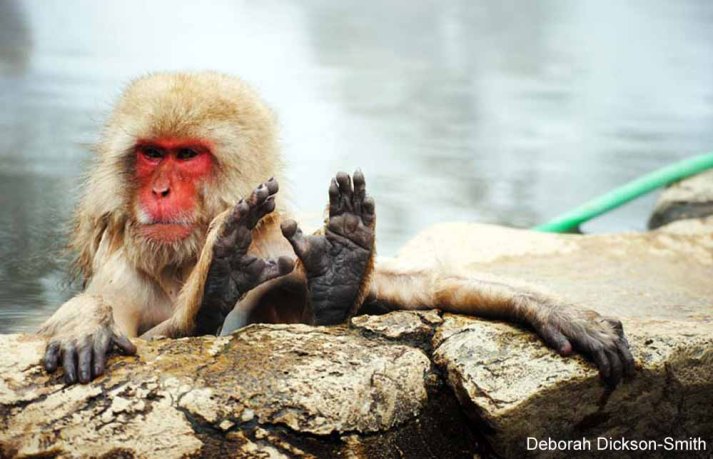 This is our introduction to Japan’s onsen tradition, in the hot springs region of Yamanouchi, an onsen town near Tokyo (well, 60 minutes away by bullet train). As we head into the nearby village of Shibu Onsen, we’re about to learn a whole lot more. 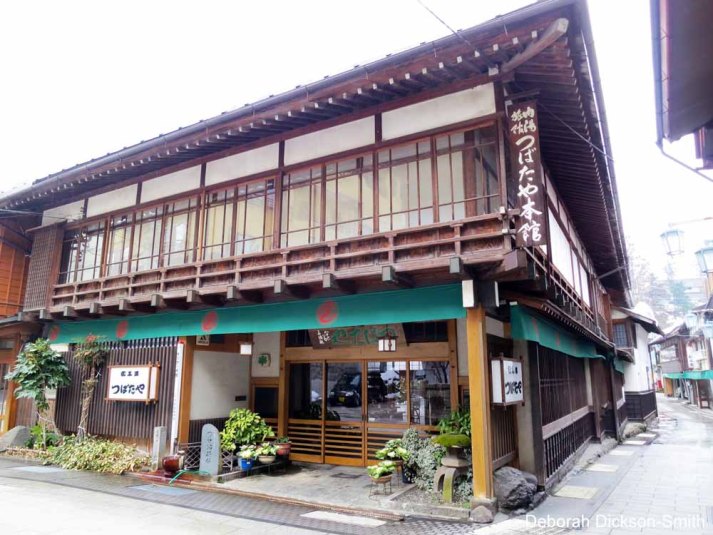 Shibu Onsen is around 1300 years old, and wandering through its cobbled streets is almost like stepping back in time.

The narrow lanes are great fun to explore, and if you’re staying at one of the local traditional inns or Ryoken, you’re given a key to all the village’s onsen (public baths).

It’s strange to see people walking through the snow in their bathrobes and sandals, so warm from soaking in the hot springs they don’t feel the cold. 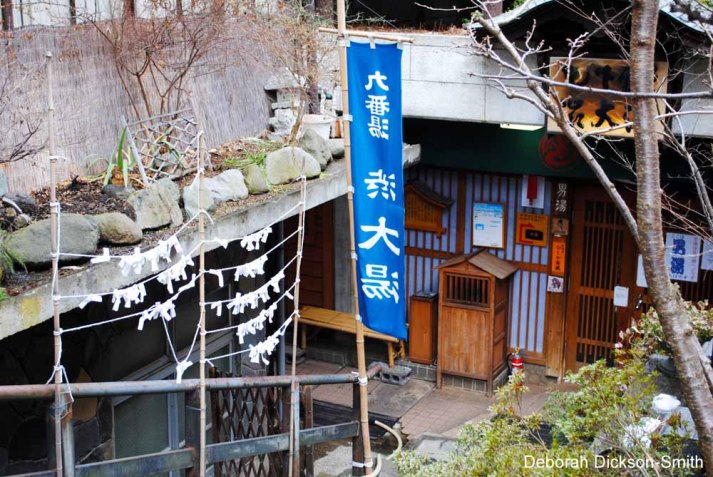 However within a couple of days here, we were both sold on the onsen culture of bathing in public, even my normally cynical teenage son. On our first night here he booked himself into the private rooftop onsen.

Apparently all his anime heroes hang out at the onsen so he’s already quite familiar with the routine – he even knows what to do with the modesty towel (it’s placed on your head while you soak apparently).

For the uninitiated, here are the unspoken onsen rules:

On the culinary side, there are a couple of local delicacies worth sampling while you explore the onsen village: onsen eggs and snow monkey manjus. 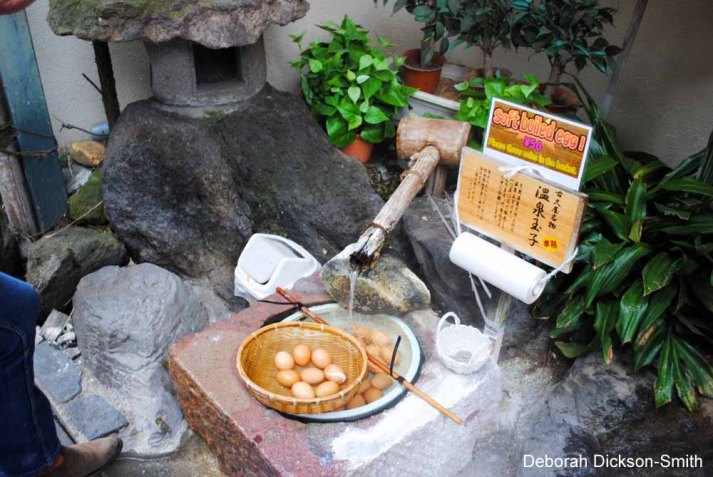 Onsen eggs are soft boiled eggs, cooked slowly by hot springs water flowing over them, the result being eggs with a white as soft as the yolk (or yolk as firm as the white – whichever way you want to look at it). 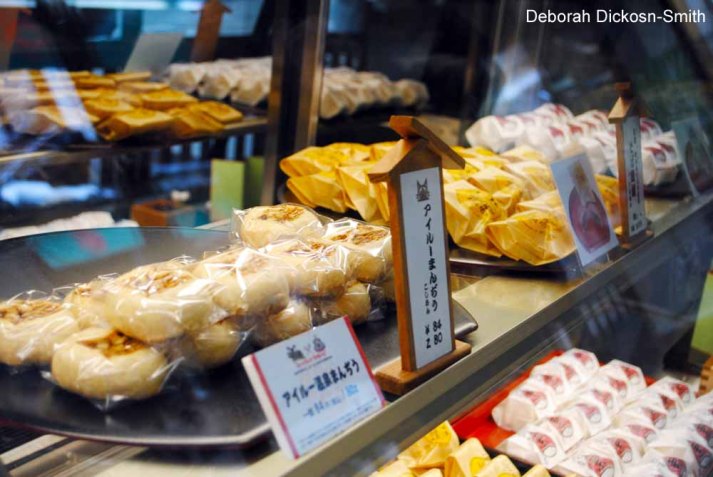 Manjus are steamed buns with sweet or savory filling and Snow Monkey Manjus are a local specialty of Shibu Onsen and have a sweet red bean filling.

The meal we are served at our Ryoken is a ceremonious affair (again impressive even to No. 1 Son).

We’re served sashimi, miso and tempura vegetables, given small burners to barbeque mushrooms and finely sliced beef and various dipping sauces for each.

This is apparently, the coolest meal EVER. 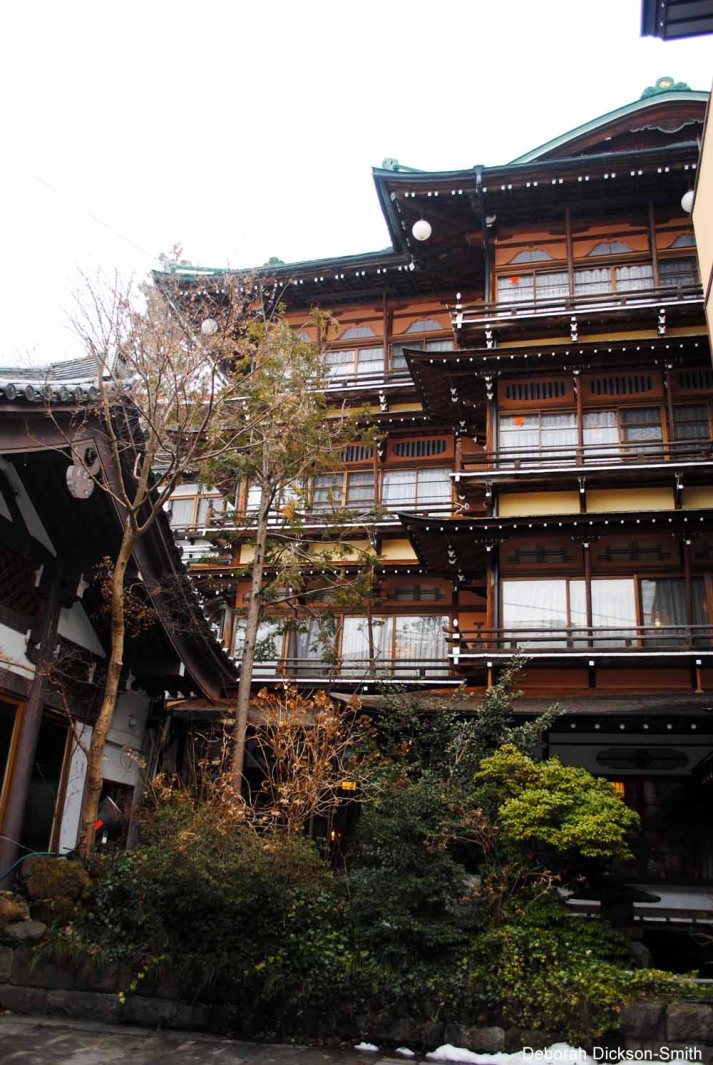 The spacious rooms are a mix of traditional Japanese and Western style and the many-course meals are an event in themselves. Be sure to book at least one session in the private rooftop onsen. 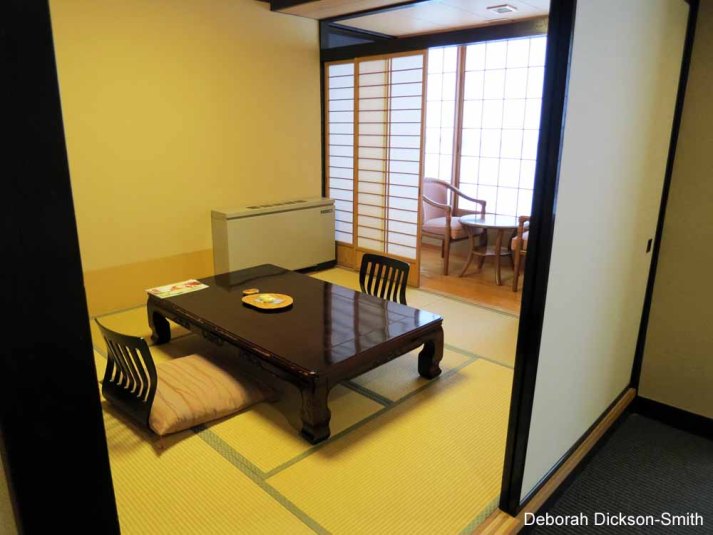 We flew Cathay Pacific, who I can highly recommend, even at the non-pointy end of the plane. Fantastic service on the ground and in the air.

Itching for that holiday escape? With the fluctuating lockdowns and international travel bans, travelling within your own state has become the new normal for Sydneysiders. So where to go? I’ve got you covered. Here’s my top 10 Instagrammable day-trips surrounding Sydney…

When I discovered the Champagne Spas of Port Stephens while scrolling through my Instagram, I knew I couldn’t miss the opportunity to try and find them. Think Sydney’s Figure8 Pools, but easier, safer, and even bigger! It’s a yes from me…

The White Sands Walk is the perfect way to experience Jervis Bay’s famous white sand beaches all in one day. The trail itself is quite short, and easy, but that allows for more time to explore, swim, and take in the beauty!